This album includes two collections, the first collection is Symphonic orchestral work named “ Fana and The second collection is a three-part work of string orchestra called  In-imigration
In the music of the Six Moments of Fana, the general expression of music, both in terms of thematic relations and form, is very veiled and closed and does not easily reveal its movement. And sometimes it goes to the point of uncertainty and stillness, and it has a more contemporary atmosphere than
the In-migration .The second collection, expresses and highlights the themes and melodies, rhythmic movements, and dynamic contradictions of the Iranian identity of the composer

The general expression of music, both in terms of thematic relations and i n terms of the overall form structure, is very obscure, especially in the opening sections. It has its head on you and does not easily reveal its movement and shape. And sometimes it goes to the point of complete uncertainty and stillness. The extension is made up of mosaics that form a larger design over time, but their arrangement does not allow the morphology of the design to be easily seen. They hide it intentionally or accidentally.
We find this trait more than anywhere else in “outburst, “ascent and “descent - in the last two of which the composer is close to a kind of free atonal expression - although this situation more or less persists until the end of “Perdition”. Since then, the situation has changed little in Beyond And as it passes through it, it increasingly turns outwards. At least here the rhythm and melody overlap and are reminiscent of the same trick we had already seen in the composer's "escape dream."
The dichotomy and contrast that previously expressed half of the pieces in the collection , against the other half, was organized here through almost identical elements (familiar melodic structures that are the hallmark of music. Iranians, cut-out phrases and mixed rhythmic patterns (arranges the course of the pieces) and creates the main contrast between their two main groups so that at least if each of those paintings alone do not reveal their design to the listener, the whole trajectory collection is relatively Display the specificity of the rupture.
The album “ini-migration  is a work composed by Negin Zomorodi. The present album is an orchestral work that Negin Zomorodi went to Prague to record and was performed by musicians of the Prague Symphony Orchestra. Hermes Publishing has released this album.

I have been through immigration
Twice in my life
The first time beyond the borders
Over the oceans
The second time
Was an endless inner journey
Going through unpaved road of loneliness
Battle with unknown shadows
Reaching to the deepest layer of my soul.
Were undoubtedly a metamorphose
Of both my mind & emotion 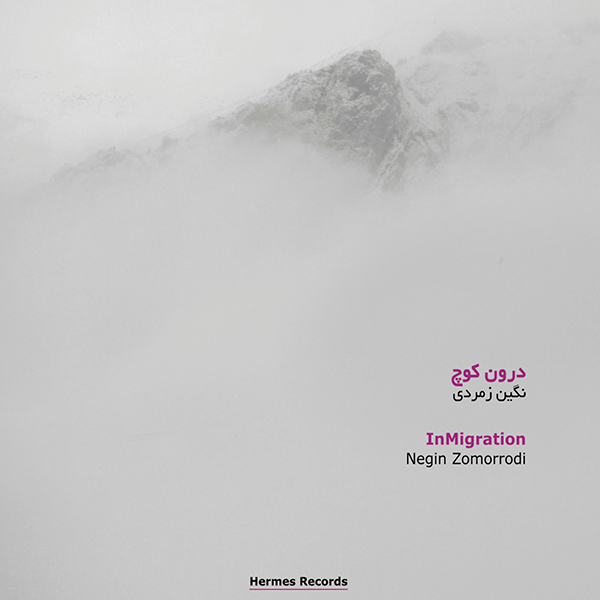